Finland’s first portable modular custody suite can be found outside Haukipudas police station. It has solved Oulu Police Department’s problem of a lack of space resulting from its renovation. When they are no longer needed, the modules will be moved to the next renovation location.

In the spring, the police in Oulu had to drive hundreds of kilometres each day to find empty custody cells for those apprehended. This took up a lot of time and increased costs. All this driving was a result of indoor air problems at Oulu Central Police Station in Raksila, which has been under renovation since January.

The police were given the use of the custody cells in Haukipudas police station, which is no longer in use, but there were not enough cells to meet the needs. Those apprehended had to be taken to other towns, such as Raahe, Kemi and Kajaani.

“There are 16 modular custody cells in total, one of which is a shower and another used for storing the property of those apprehended. The cells were opened in stages: the first four cells were handed over to the police at the beginning of May, and the remaining cells were taken into use during mid-July,” says Marita Rovamo, Construction Project Manager, Senate Properties, Northern Finland.

Safety and health are paramount

The impressive row of cells was erected in the yard of Haukipudas police station. From outside the modules look just like the temporary huts on building sites, and they are connected to the police station’s water supply and sewage network.

Marita Rovamo explains that there are two types of modular cells.

“Half are meant for short-term custody of people apprehended on the basis of the Police Act. Three people can fit into one of these cells. There are mattresses on the floor and there is also a toilet inside the cell. The rest of the modules are for those apprehended on the basis of an offence and are intended for a longer period of custody. These cells are meant for one person and are furnished with a bed, table and separate toilet.”

The modular custody suite has space for a total of 28 people. One module is 9 m2 and is made up of a corridor section and a cell. The modules can be quickly connected to each other.

According to Rovamo, the modules have been designed to easily fit onto a lorry. Their total price came to about one million euros. Oulu Police Department is renting the custody cells from Senate Properties.

“The safety and health factor was the number one consideration in the construction of the custody cells. The modules have ceiling and under-floor heating and they are connected to the control room. The guards can see and hear what is going on in the cells. However, to protect privacy, cameras may not be used for surveillance in the cells designed for longer periods of custody.”

From Haukipudas to the next renovation

Commanding officer at the custody suite in Oulu, Chief Inspector Pasi Rissanen, explains that the portable modular custody suite has attracted plenty of interest in the media.

“The cells serve their purpose and for the time being enable us to do our job. These days we only occasionally have to take those apprehended to other towns. Society never sleeps, so it is always difficult to predict how much space we’ll need. Sometimes there’ll only be one person spending the night in a cell intended for three people, but at busy times our challenge is finding enough cells for everyone, as we can’t put men and women, or minors and adults in the same cell.”

According to Pasi Rissanen, there have been some teething troubles in the introduction of the cells. After the final inspection, the noise level of the ventilation had to be adjusted and repairs were made to the functioning of the doors.

“We have learnt in practice what works and what does not. The cells are just the same as those in any custody suite. What is different is that the personnel facilities and control room are inside Haukipudas police station. The guard has to walk about 20 metres outside to get to the modular building. Those apprehended are also led out in the open from the police vehicle to the cell.”

Marita Rovamo explains that Senate Properties is learning a lot from the experiences gained from the modular custody cells.

“All custody suites in Finland will have to be renovated in order for them to meet the new standards. Temporary modular custody cells are one solution for ensuring that the police can continue to do their job. The modular cells could also make the police’s job easier during large events with lots of people, such as festivals.”

Once Oulu’s Central Police Station has been renovated, the modular custody suite will be moved from Haukipudas to the next renovation location. 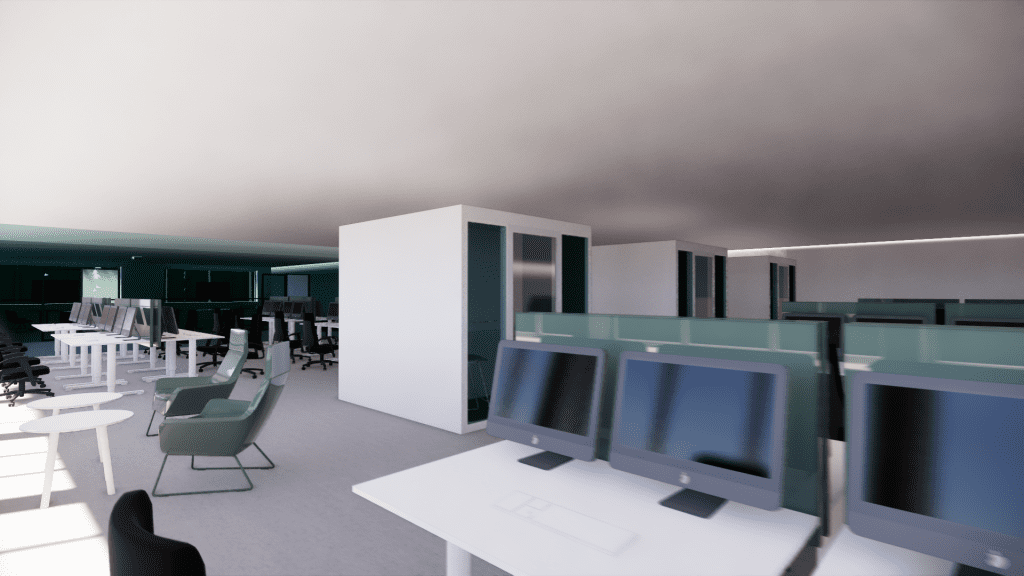 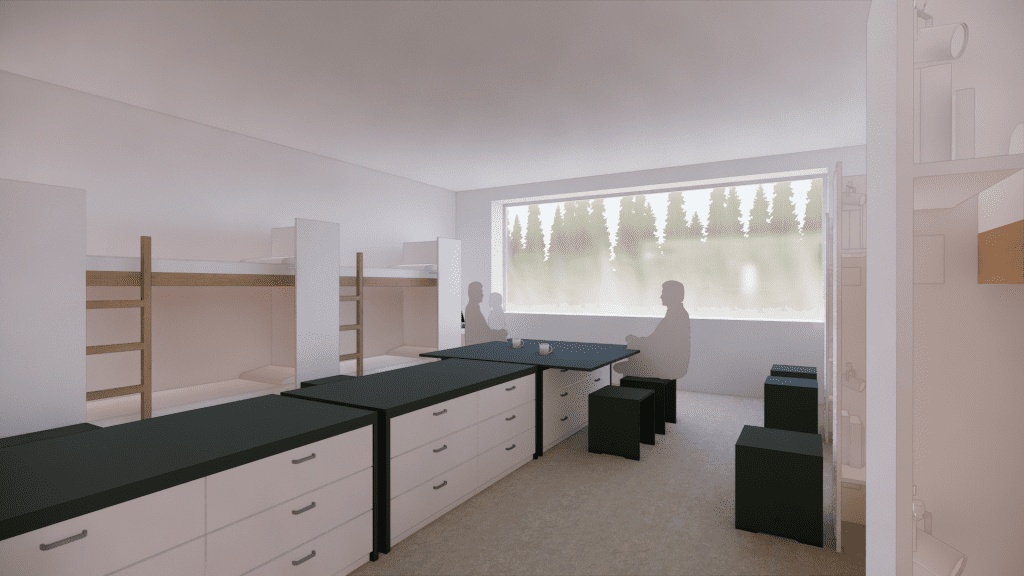